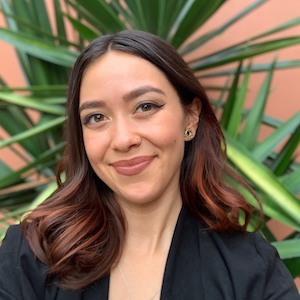 Alessandra leads Rogue Climate’s work transforming energy systems to benefit communities most impacted by climate change. She was born and raised in the Bay Area, CA where she first became concerned with the intersections of environment, public health, and racism. Alessandra graduated from Southern Oregon University with a Bachelor of Science in Sociology and previously organized a food insecurity campaign at SOU and later worked as a Community Organizer at the Rogue Valley chapter of Unite Oregon. Alessandra serves as a member of the McKenzie River Gathering Foundation Grant Making Committee and the Southern Oregon Latino Partnership Program. You can reach Alessandra at Alessandra@RogueClimate.org. Allie’s focus is on working with communities across the region to stop the proposed Jordan Cove LNG export terminal and fracked gas pipeline while building effective climate justice campaigns in southern Oregon. Allie grew up on the Chesapeake Bay where she first saw the harms of the fossil fuel industry and climate change on rural people, working class families, and communities of color. As a student at the College of William & Mary, she organized against a proposed LNG export terminal in Maryland. Allie moved to the Rogue Valley in 2015 as an Americorps service member, quickly started volunteering at Rogue Climate, and was hired as a Community Organizer in 2016. Allie’s community organizing was recognized as a recipient of the 2019 Community Sentinel Awards for Environmental Stewardship. You can reach Allie at Allie@RogueClimate.org. 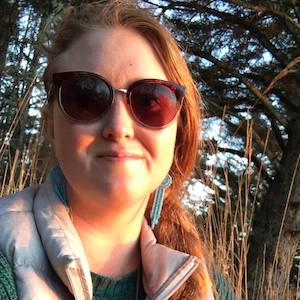 Ashley’s role is supporting the growing opposition to the Jordan Cove LNG export terminal, while also building a just transition to renewable energy in Coos County. Ashley’s motivation to protect Coos Bay from fossil fuel interests and the impacts of climate change grew while developing youth programming at the South Slough Estuary Research Reserve. She previously worked in marketing at Coos Head Food Co-op and managed the Coos Bay Farmers Market where she was able to develop relationships with local fisherman, farmers, and people from across the political spectrum on the south Coast. Ashley studied Political Science and Environmental Studies at the University of California Santa Barbara. You can reach Ashley at Ashley@RogueClimate.org. 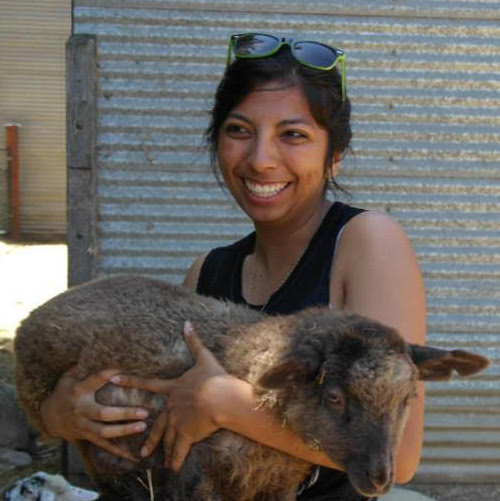 Blanca works to build leadership with the Latinx community in the Valley. Raised in Southern Oregon she grew up with a loving family who worked hard as farmworkers and in warehouses for little pay. After earning a bachelor’s in English Literature and Ethnic studies at Willamette University Blanca served as an AmeriCorps member in San Jose in 2014 and 2015. Working with families forced to sleep in garages due to inflated rent rates and underpaying jobs reignited her passion for economic and racial justice. While living in Portland, Blanca served families through free after school programming and organized with low-income folks and people of color who continue to bear the brunt of climate chaos, the housing crisis, and more. You can reach Blanca at Blanca@RogueClimate.org Elib works as a Fire Site Coordinator supporting families and individuals affected by Southern Oregon wildfires with goods and services as they rebuild. He has been a Rogue Valley resident for 18 years and has been involved in many local organizations doing educational outreach at ScienceWorks Hands-On Museum, working as a carpenter and on social justice initiatives at the Oregon Shakespeare Festival, and as a Housing Justice Coordinator with Rogue Action Center.  He is the proud parent of two children, and they send their free time camping and exploring this beautiful region. You can reach Elib at Elib@RogueClimate.org. Hannah supports the youth-led Rogue Climate Action Team and the bi-annual organizing internship program. Hannah has a passion for empowering others to advocate for what they believe in and ensuring everyone has the tools to engage in the political process. Hannah studied cultural anthropology and music at Oregon State University, where she got her start in organizing and lobbying. Hannah worked with OSU’s Government Relations office and student government to advocate for students in Salem. She has also led a climate justice letter writing campaign, lobbied for climate change legislation, and worked with students to organize for social and racial justice at a local, state, and federal level. In her free time, she enjoys making music and listening to podcasts. You can reach Hannah at HKutten@RogueClimate.org 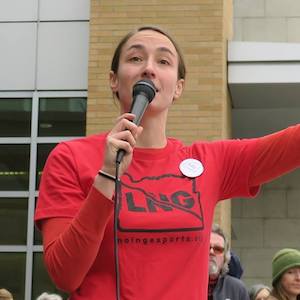 Hannah serves as the overall coordinator of Rogue Climate’s work. Born and raised in southern Oregon, she has always had a close connection to our rivers and the salmon and human communities that depend on them. Concerned about the effects of climate change, especially on already vulnerable communities, she joined with other local residents in 2013 to organize a major educational event in Medford and then to form Rogue Climate to continue that work. Hannah graduated with a degree in sociology and an emphasis in field biology from Colorado College. She conducted a field study of grassroots organizing on ecological issues in Brazil and other countries and has a certificate in Nonprofit Leadership, Organizing, and Action from the Kennedy School of Government. You can reach Hannah at Hannah@RogueClimate.org. Maya’s bio is coming soon! You can reach Maya at maya@rogueclimate.org. 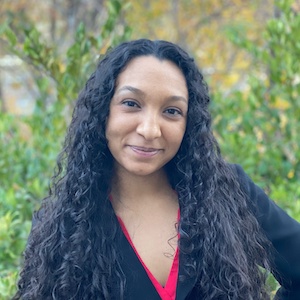 Princess maintains Rogue Climate’s fiscal, database, and digital security systems, while also coordinating fundraising efforts. Princess and her two sons, Carter and Micah, first started volunteering with Rogue Climate by designing art pieces for the “Salmon Project” in 2013. She graduated from Southern Oregon University with a Bachelors of Science in Cultural Anthropology with a minor in Environmental Science. She was previously a board member at the Rogue Valley Chapter of Unite Oregon and currently sits on the Rogue Action Center board. You can reach Princess at Princess@RogueClimate.org. Sara works as a Resources Navigator supporting families and individuals affected by Southern Oregon wildfires with critical supplies and services as they rebuild. Sara has a passion for empowering others to advocate for eqaulity and organizing with low-income folks and people of color who continue to bear the brunt of climate chaos, the housing crisis, and more. Raised in Southern Oregon she grew up with a strong sense of community through watching her sister, Chayo, organize and by volunteering with Rogue Climate. Sara is thankful for the good support network that helped evolve her into the community organizer she is today.  You can reach Sara at Sara@RogueClimate.org.

Alison is director of Oregon Shakespeare Festival’s American Revolutions: the United States History Cycle, a multi-decade program of commissioning and developing 37 new plays about moments of change in United States history, including All the Way by Robert Schenkkan (Tony Winner for Best Play) and Sweat by Lynn Nottage (Pulitzer Prize Winner for Drama). Carey is co-founder of the nationally acclaimed Cornerstone Theater Company, which collaborates with communities across the United States to tell their stories, and her work has been produced in venues such as Arena Stage, the Public Theater, the Mark Taper Forum, the shuttered mother plant of Bethlehem Steel, and a dirt-floor cattle sale barn. She lectures nationally on the importance of the arts in shaping healthy societies, especially focused on how theater can most effectively respond to climate change. She has developed hour-long television pilots for CBS and F/X, and her script work has been seen on Judging Amy. She lives in Ashland, Oregon.

Brodia joined the Rogue Climate Board in 2019. She grew up in urban New England and actively searched for wild spaces between the concrete cities. She attended University of New Haven where she received a degree in Criminal Justice and Psychology. She moved to Oregon in 2013 to attend law school at Willamette University. Brodia has been licensed to practice law by the Oregon State Bar since 2016. When she’s not crafting comments to protect public lands, she can be found hiking in the high country, climbing, or running with her dog.

Dan Wahpepah is from the Anishinabe, Kickapoo and Sac & Fox tribes. He grew up with his community’s cultural ways and has been politically active with the American Indian Movement and spiritually active through tribal ceremonies. Locally, Dan started the Rogue Valley Pow Wow, the American Indian Cultural Center, Red Earth Descendants and is also a board member of Natives of One Wind Indigenous Alliance. As part of his tradition, he is a Drum Keeper and Drum Chief. Dan’s efforts are focused on the preservation of this Earth for future generations.

Emily grew up in Grants Pass, attended Rogue Community College, and studied abroad in Florence, Italy. She is currently studying Environmental Science and Policy at Southern Oregon University. She is an elected member of the Talent City Council and has been a leader in Rogue Climate Talent’s development of a community clean energy and climate action plan. Emily works in 3Degrees’ Utility Partnerships sector, enrolling electricity customers in voluntary renewable energy programs

Emma Marris is an environmental writer and an Institute Fellow at the UCLA Institute of the Environment and Sustainability. She writes feature stories and opinion pieces for National Geographic, Wired, the New York Times, Nature, among others. She has a Master’s in Science Writing from Johns Hopkins University. Her first book, Rambunctious Garden: Saving Nature in a Post-Wild World, focuses on innovative ways to conserve biodiversity in a rapidly changing world. She is currently at work on a book about humanity’s relationships with nonhuman animals. She grew up in Seattle, Washington, and lives with her husband and two children in Klamath Falls, Oregon.

Ka’ila Farrell-Smith is a contemporary Klamath Modoc visual artist and activist based in Modoc Point, Oregon. The conceptual framework of her practice focuses on channeling research through a creative flow of experimentation and artistic playfulness rooted in Indigenous aesthetics and abstract formalism. Utilizing painting and traditional Indigenous art practices, her work explores space in-between the Indigenous and western paradigms. Ka’ila displays work in the form of paintings, activism, and self-curated installations. Ka’ila’s work has been exhibited nationally and internationally, and she has work in the permanent collection of the Jordan Schnitzer Museum of Art and Portland Art Museum. She is a co-director, co-guide, Rural & Tribal Community Coordinator with Signal Fire artist and activist residency program and is a certified Wilderness First Responder.

Morgan’s experience in advocacy, administration, communications, and community organizing includes work with the Mono Lake Committee in California’s Eastern Sierra, the Klamath-Siskiyou Wildlands Center, and the Oregon Shakespeare Festival. She also volunteers on the board of the Rogue Action Center. Morgan received a bachelor’s degree from Mount Holyoke College where she studied environmental science and policy. She hails from upstate New York but is now very happy to call Southern Oregon home. Shaun works in sales at PureLight in Medford, OR. He graduated from Southern Oregon University where he studied business, environmental studies, and corporate sustainability. In 2011, he studied renewable energy in Germany. In 2012, while director of sustainability for student government, he led the establishment of the SOU Green Fund to invest student dollars into local energy, water, and campus sustainability projects. The fund has helped establish three new solar installations on campus and launched the SOU Center for Sustainability.